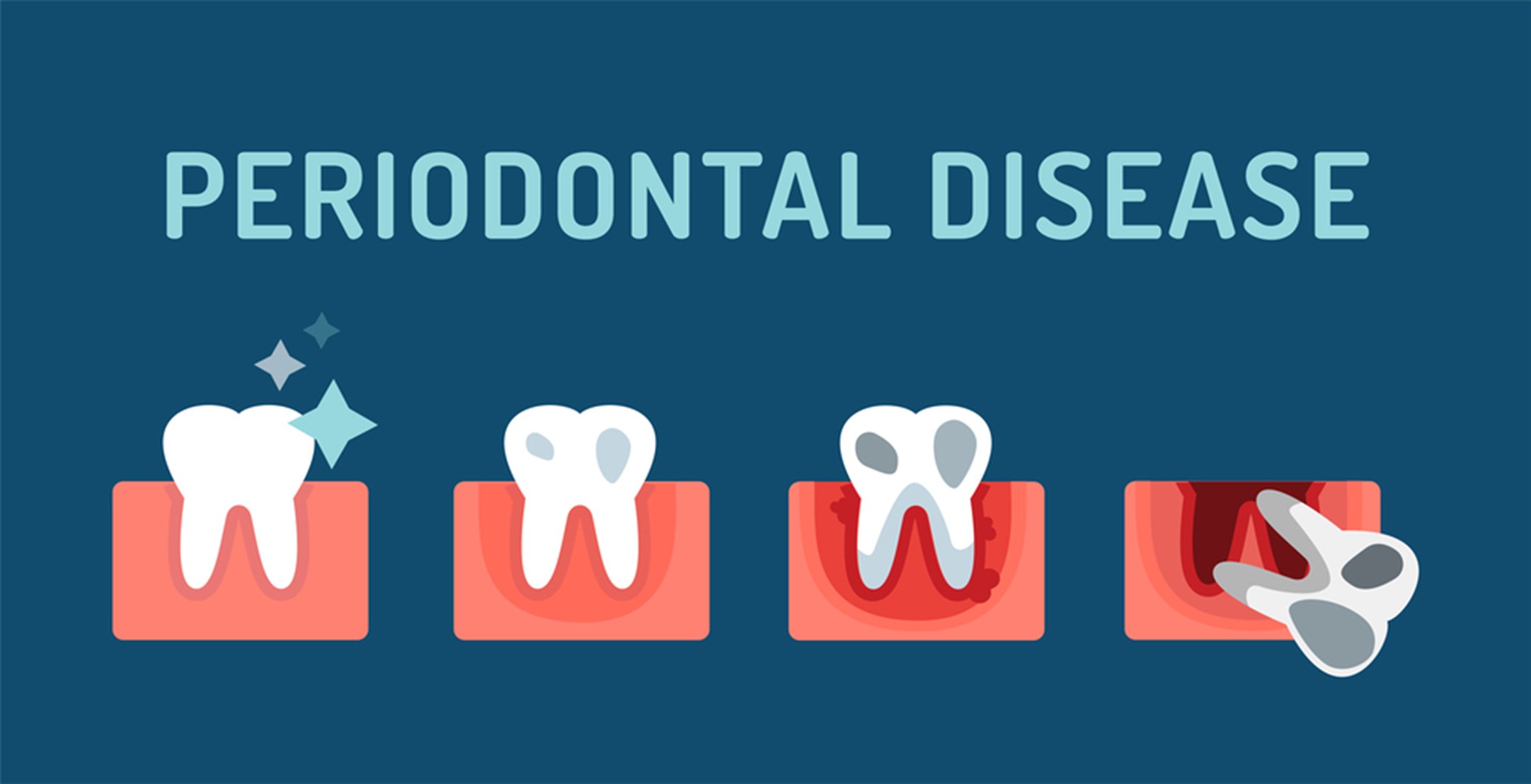 Periodontal Disease as an Autoimmune Condition

Scientific studies prove that oral health and overall health are closely related and can significantly impact each other. For instance, periodontal disease is linked to an increased risk of many health conditions, such as diabetes, heart disease, Alzheimer’s, and respiratory disease.

But recent findings are showing that periodontal disease may actually be an autoimmune condition, as they share many characteristics. If so, this could significantly alter the process of diagnosis, treatment, and education regarding gum disease.

Our gentle, compassionate team at Well Rooted Dentistry cares about your overall health. We understand the connection between oral health and whole-body wellness and adhere to a holistic treatment approach. Our advanced dental technology includes digital x-rays, intraoral cameras, and oral DNA testing.

What is periodontal disease?

Also known as gum disease, periodontal disease is caused by bacterial infections and the immune response that inflames the tissues surrounding your teeth. The two stages of gum disease are gingivitis and periodontitis.

Gingivitis is an early, mild form of periodontal disease. Symptoms can include red, inflamed gums that are tender and bleed easily. Another common symptom is chronic bad breath. Proper treatment can reverse gingivitis, but if ignored, it will most likely progress to periodontitis.

With periodontitis, the infection has spread and deepened into the bone and supporting structures that hold your teeth in place. This causes chronic infection and continual responses from the immune system to fight the bacteria. The result is inflammation, tissue destruction, and symptoms that can include pain with chewing, loose or sensitive teeth, and gum recession.

If ignored, periodontitis will progressively destroy the tissue and bone surrounding the tooth. Ultimately, it can lead to severe gum recession, tooth loss, and numerous systemic conditions such as stroke, diabetes, dementia, and heart attack.

Did you know that human mouths are full of bacteria? Even a healthy mouth has millions of bacteria living on the tongue, teeth, and gums. While not all oral bacteria are harmful, the ones that are can lead to tooth decay and periodontal disease.

Bacteria love sugar, and each time you eat and drink, they feed on sugars left behind. The waste they produce is acidic, and it binds with other bacteria and debris to form sticky plaque. The longer the sugar is in contact with teeth and gums, the more plaque is produced and the more damage bacteria cause.

As plaque builds up, it hardens into tartar that inflames and irritates the gums and can lead to cavities and gum disease.

The most common cause of periodontal disease is poor oral hygiene. Proper brushing and flossing can remove sugar, bacteria, food debris, and plaque. Tartar buildup, however, requires professional dental cleaning.

There are, however, numerous risk factors that increase the likelihood of gum disease. Common risk factors include smoking, genetics, diabetes, hormonal changes, and inadequate nutrition.

What is an autoimmune condition?

The human immune system works to guard and protect the body against virus and bacteria invasion. When it detects or senses something foreign, it engages cells that fight and attack whatever is invading.

With an autoimmune condition, the immune system mistakes a person’s own cells for foreign invaders. Believing the cells are harmful, the fighter cells are sent out to attack them. These autoantibodies destroy healthy cells.

This usually occurs in certain areas of the body. The autoimmune condition depends on the site involved.

Some examples of an autoimmune condition are:

There is no known cause of autoimmune diseases, but many appear to have a genetic component. Some disorders run in families, and individuals with one autoimmune condition are prone to more.

Autoimmune diseases are not curable, but treatment can help symptoms. Even with treatment, however, symptoms will come and go in the classic pattern of remission and exacerbation.

Is periodontal disease an autoimmune condition?

With periodontal disease, the immune response to chronic infection goes beyond destroying bacteria. It also attacks and destroys normal, healthy cells and tissue that support the teeth. This is similar to autoimmune conditions that attack non-foreign cells.

Another shared trait is that they cannot be cured. While proper treatment can put gum disease in remission, the inflammation and tissue destruction can easily exacerbate and lead to tooth loss. Therefore, it also shares the cyclical pattern of autoimmune diseases.

Moreover, like many autoimmune disorders, gum disease often has a genetic component. And left untreated, gum disease can cause damage to other organs, such as the heart, lungs, and brain. This is much like the systemic damage diabetes and SLE can do.

Therefore, many people consider periodontal disease an autoimmune condition because it shares many of the same characteristics as other autoimmune diseases.

Do you have symptoms of gum disease?

If you have tender, swollen, or bleeding gums, it is vital to see your dentist for a thorough examination and professional cleaning.

Well Rooted Dentistry proudly serves the Providence, RI area. If you have questions or would like to schedule a dental visit, call 401-443-4007 today.

© 2021 Well Rooted Dentistry at the BioMed Center. Powered by “The Growth Clinic”. All Rights Reserved. Website Created By

The contents of the website, such as text, graphics, images, and other material contained on the website ("Content") are for informational purposes only and does not constitute medical advice. The Content and services listed here are opinions only and have not been evaluated, recommended, or endorsed by the FDA or any other government organization. The Content is not intended to be a substitute for professional medical advice, diagnosis, or treatment. Always seek the advice of your physician or other qualified health provider with any questions you may have regarding a medical condition. The Content, services and products should not replace any medical advice you have previously received or may receive in the future.